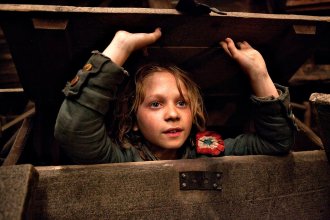 Les Mis: A world populated by characters created for the sole purpose of being heartlessly killed in a way that doesn’t move the plot on at all.

I went to see Les Misérables last weekend, with the result that I’ve been feeling a little overwrought. This is partly due to the harrowing plot and partly due to having had One Day More stuck in my head for the last 7 days, preventing me sleeping. I am now cursing my good memory for song lyrics and vowing to build up better mental resilience to musical theatre.

Les Mis also reminded me that I know next to nothing about 19th century France. As most English people know, after the exile of Napoleon in 1815, France ceased to exist historically (though it continued as an abstract concept and subject of xenophobic humour) until the First World War.

Here is a useful summary of the missing century:

Louis dix-huit was often called “Louis biscuit” due to his fondness for baked good.

1824: Fat king dies of fattness and is replaced by new king.

1848: New king is too bourgeois, and everyone else is having a revolution. Let’s try a republic.

1852: Republics are a lot of bother, aren’t they? Weren’t things best when we had an emperor?

1870: Franco-Prussian War. This emperor isn’t as good as the last one. Republic?

I seem to have some bits left over like the Paris Commune, Toulouse-Lautrec and Algeria… Let’s assume they are not important…

Where does Les Misérables fit in?

The finale of Les Misérables centres on the June Rebellion of 1832: a C-list insurrection hiding shyly behind the skirts of the glamorous 1830 July Revolution.

1830 had reignited the French passion for violently trying to take over their own country. Using barricades, pretty flags and dramatic lighting, “the people” of Paris had thrown out the slightly-too-Catholic, slightly-too-repressive Charles X. Disappointingly however, he was replaced with the only slightly less shitty King Louis-Philippe.

Louis Philippe wore trousers like some sort of common banker or merchant-millionaire.

Louis-Philippe, “The Citizen King”, was a junior Bourbon and some people (Legitimists) thought that he was not the real king at all. Led by the extremely naughty Duchess of Berry, they caused a lot of trouble for him in Brittany.

Despite his faint but disquieting middle class aroma, Louis-Philippe was in fact disappointingly illiberal. For those who had fought in 1830, nothing had changed: everyone was still disgustingly poor (apart from the rich), the press was strictly censored and the royal government was constantly banning republican societies, forcing them to rebrand under increasingly convoluted names such as The Society for the Rights of Man, The Friends of the People, The Claimers of July and The Gallic Society. Since political meetings of more than 20 men were banned, these societies were divided into hundreds of 20-man sections who met separately.

Most republicans were skilled labourers, students, escapees from failed revolutions in Poland and Italy, or other people with an education and too much spare time.

Singing meant that political debates could last up to 3 hours, including the drinks interval.

As is well known, most revolutionary activity during this period was performed through the medium of song. The law banning gatherings of more than 20 men was partly aimed at outlawing the sort of large, theatrical dance numbers capable of inspiring revolt.

An example of contemporary lyrics can be seen in this short extract from Graves of July, written in 1832 by Béranger:

“March on! March on! The City Hall is ours!
Ours the ports, the Palace all our own!
Entering as conquerors the royal home,
We’ll seat the People on that ancient throne. 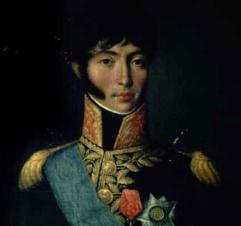 Lamarque: Unknowing cause of all this trouble.

On the 1st of June, General Jean Maximilien Lamarque died from the fashionable new cholera epidemic. Lamarque had been a popular hero of the Napoleonic Wars and a liberal, left-wing good-egg.

During the funeral procession on the 5th June, his cortège was hijacked by students and taken to the Pont d’Austerlitz, where they made lengthy speeches about the need for a republic, political freedoms, 3-for-2 drinks offers, etc.

As 200 dragoons turned up to intervene, a spectral figure riding a black stallion galloped by flying a flag with “Liberty or Death!” written on it. This affected the crowd as if, “… the holy spirit had descended upon them prematurely; they began to utter the strangest prophecies as the sight of the red flag, acting like a magic charm, caused them to take leave of their senses.” The dragoons, though peaceable enough, were soon met with abuse, stones and eventually bullets.

Where the action happened, or at least where I think it might have happened.

Dispersing into their small groups, the republicans overran at least half of Paris, blocking off key street using carts, furniture, trees and paving stones. Since insurrection was a popular hobby of the French working classes, revolutionaries of this period were able to construct a barricade in less than 15 minutes.

Sadly, not everyone in Paris thought that liberty or death was a desirable choice, being rather attached to their lives, families, pets, etc. Most people therefore decided to have a night in and watch the revolution on the news.

Barricade parties were all the rage in 19th century Paris.

This left the 3-4,000 republican revolutionaries to face the government’s 18,000 regular soldiers (soon increased to 60,000 from surrounding garrisons). Gradually, the revolutionaries were pushed back until by noon on the 6th June they were confined to isolated pockets in the old city centre.

With their position hopeless, the less suicidal elements called it a day, leaving the “Liberty or Death” extremists to mount a last stand at the Cloître Saint-Merri. Behind two enormous barricades, they ran operations from the café Leclerc, until the army brought in 4 cannon and blew them all to pieces around supper time.

As barricade historian Mark Traugott says “…the 1832 revolt was in many respects unremarkable. Gauged in terms of numbers of participants, it was of no more than average size. It never seriously imperilled the regime in power and had no lasting political impact.”

In all, about 800 revolutionaries were killed or wounded, plus a similar number of soldiers. There was further unrest in Paris through the 1830s and 1840s, until the republicans finally got it together in 1848. In the 1860s, Napoleon III replaced the old part of Paris with nice, wide cannon-friendly boulevards, thus destroying the barricades’ natural habitat.

The most famous outcome of 1832 was that the painting, Liberty Leading the People by Eugène Delacroix was removed from public display on the grounds that it gave people ideas. 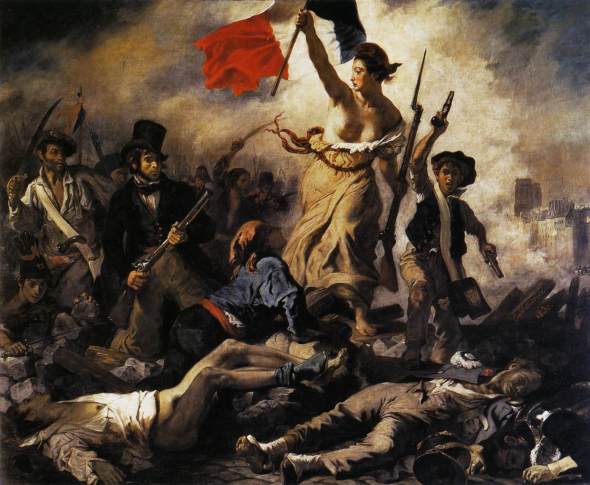 I spent many hours of my childhood wondering why Liberty is so naked, eventually concluding that revolution is marketed towards the male consumer.

That Heart of Flame, Hot Rupert »
« Pauline Bonaparte: Keeping it in the Family

8 thoughts on “Les Misérables and the Mysterious French 19th Century”